In an emergency, it is important that employees can quickly signal for help. If lone workers are driving or operating machinery, lone worker devices may be the best choice to keep them safe. But how do lone worker alarms work and what types are available? 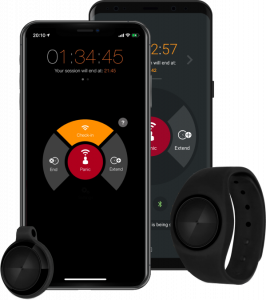 Can I use my phone as a panic button?

Every employer holds a legal duty of care to their lone working staff. It is crucial to have lone worker policies and systems in place to ensure employees are safe, whether they work alone for all or only part of their working day. Panic alarms offer a way for organisations to ensure that in an emergency, lone workers can quickly signal that they need help and managers can provide immediate assistance.

If a lone worker suffers an injury and is immobilised, or is faced with an attacker, they may not be able to receive help from someone nearby. They may be out of sight, working behind closed doors or in a remote location.

A lone worker device should offer a range of functionality, including GPS tracking and a panic alarm to allow the lone worker to quickly signal for help, while allowing the business to send support directly to their location.

The time taken to receive assistance could mean the difference between a minor incident and a serious one. Statistics show that in the case of severe bleeding, the survival rate decreases by 10% for every 15-minute delay (The Lancet, 2017). Cardiac arrest survival rates decrease 7-10% for every minute lost in response time (American Heart Association).

Lone worker devices and panic alarms ensure that if an accident or incident does occur, the lone worker can signal for help and be located immediately, thus reducing response time.

From a business point of view, the employer holds a duty of care to ensure employees are safe while they work. To meet this legal and moral obligation, it is important to have a check-in system in place, as well as a reliable way for the lone worker to signal for help. Find out more about your legal duty of care obligations In many parts of the world, maintaining regular contact with lone workers and having emergency procedures in place is a legal requirement. Countries such as New Zealand and Canada have legislation specific to lone working, while in the UK and other countries, regulatory bodies provide official advice for managing lone worker safety. Failure to have effective systems in place could lead to serious consequences. Amongst other costs, an employer could face legal proceedings, fines and a dent to the company’s reputation.

How does a panic alarm work?

A panic alarm usually works by pressing a button on a lone worker device or app. When a panic alarm is triggered, the assigned staff monitor will be notified immediately via SMS, email or via an online Hub. Important information, such as the lone worker’s phone number and location, will be sent to the monitor so that the alarm can be verified, and assistance sent directly to them. Monitoring can be carried out in-house by the employer or via a monitoring and response centre. If monitoring in-house, the organisation will assign a monitor, or group of monitors, who will receive notifications of an alert and will know how to respond according to the organisation’s policy. Any verified alerts can be escalated to the police, along with any additional information provided by the lone worker system, such as location and notes on who they are meeting with. If monitoring via a monitoring station, the response centre will verify the alert and escalate to the right channels, whether that be the organisation directly, to their own team of responders, or the emergency services.

Can I use my phone as a button?

Lone worker apps, such as StaySafe, offer a panic button downloaded straight to a lone worker’s phone. This provides a low-cost, easily accessible way for lone workers to signal for help without having to remember and charge an additional device. How they work is simple, a lone worker downloads the app from the relevant app store and uses their provided login details. This ensures they are linked up to the Monitoring Hub. A panic alarm can be triggered at any time by tapping a large button on the app. Lone worker apps offer a host of functionality aside from a panic button, including low signal mode for those working in areas where signal can be patchy or non-existent. Lone worker apps, such as StaySafe, also have a Duress alarm system. This is used in situations where an attacker is forcing the lone worker to close the panic alarm. This is usually carried out by entering a false PIN which will appear as though an alert has been cancelled when, in fact, a Duress alert will have been sent to the monitor. This is an additional layer of protection for lone workers.

There are a range of lone worker alarms available in the marketplace. The three most common are dedicated devices, apps and fixed panic buttons. Each of these serve their own purpose and help organisations to overcome specific lone worker challenges. While lone worker devices were once the most widely used, lone worker apps are increasing in popularity as organisations begin to realise their potential. In fact, a recent report by Berg Insights predicts that app-based solutions will increase their share of the market in coming years. They currently make up over 20% of the market in Europe and 40% in North America.

Fixed panic buttons are typically found in stores dealing with large amounts of money, such as jewellery stores, banks, betting shops and other retail stores, as well as behind receptionist desks. Often linked to a monitoring station or the emergency services, panic buttons can be triggered to call for help when faced with a robber or violent customer. Placed somewhere discreetly, fixed panic buttons can be vitally important when a staff member is working alone. With only one person for an attacker to focus on, a single employee is at their most vulnerable. The limitation of fixed buttons is that they can only be triggered from a certain location. The lone worker has to be in close proximity to the button when an incident occurs to be able to trigger the panic alarm. While this may not be a problem when the lone worker is behind the desk, what if they are on the shop floor or in the back office during an incident? This was the case with a lone worker who was attacked by a customer while manning a better store.

Lone worker apps and devices can be beneficial in emergencies, as well as during travel and in work environments where no panic buttons are present. Mobile apps and devices can be carried on a worker’s person or even worn around the neck or clipped to clothing. With convenient access, the lone worker panic alarm can be triggered quickly and easily. Lone worker apps and devices offer additional functionality that can be crucial in lone working situations. For example, Man Down alerts will detect a fall or non-movement when a lone worker becomes immobilised, while discreet panic options allow an alert to be triggered when confronted by an aggressor. StaySafe offers a wide range of functionality developed specifically for common lone worker challenges. The ability to update an app remotely also means that new functionality is continually developed as technology advances. 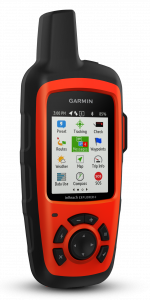 When it comes to choosing lone worker alarms, smart phone-based apps tend to be the best option. With the capacity for extensive functionality and integration with ancillary items, such as a wearable button, for example, lone worker apps offer a much more comprehensive solution than other wearable devices.

A good lone worker app would include:

Download our guide to choosing a lone worker solution

If you are looking for a lone worker solution trusted by clients all over the globe, we would love to hear from you.​