When is working alone not ok? 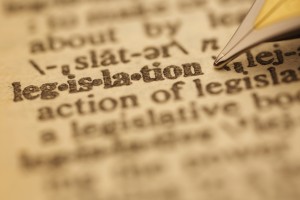 So how can you as asses when it’s OK to allow lone working – and when it’s not? This article will discuss the risks and hazards of lone working and take a look at different situations where lone working may be considered unsafe.

Is it legal for one person to work overnight?

Is it illegal for an apprentice to work alone?

There are several laws which hold the employer responsible for protecting the safety of everyone in their employment:

While there are few pieces of legislation that focus specifically on lone working rules, the duty of care remains the same as with other employees. Under most lone working regulations around the world, the employer’s responsibility includes:

Find out more about your legal duty of care obligations.

Is it legal for one person to work overnight?

It is completely legal for one person to work overnight. Security guards regularly man a building alone throughout the night, while other jobs such as hotel receptionist or manning a petrol station also require out of hours lone working. However, due to such employees potentially being considered easy targets for abuse or theft, extra precautions should be put in place such as a panic button.

It is legal for an apprentice to work alone if it is safe to do so. Employers have the same responsibility to apprentices as they do any other employee. Therefore, they hold a primary responsibility for the health and safety of the apprentice and are required to carry out risk assessments and manage any risk.

Working alone in a factory is also allowed. However, the job role being carried out alone in the factory should be taken into consideration. If operating machinery for example, you must ensure it is suitable for one person to operate. You should also take into consideration how an alarm can be raised in an emergency and what the response time is likely to be.

A 16-year-old can work alone if the organisation employing them has conducted a risk assessment and found it safe to do so. Young people under 18 have different employment rights from adult workers, including where and when they can work.

Working alone in a shop is allowed and is extremely common practice. Extra safety measures should be taken however, as lone shop workers can become easy targets for robberies and other crimes. A risk assessment must also be carried out and take into consideration local crime rates, employee training levels and what emergency procedures are in place.

Lone worker Risks and Hazards – How is a lone worker at risk in the workplace?

What is a lone worker policy? How do you know if your workers are safe?

A lone worker policy is a guide that will set out your companies’ rules on working alone and help your employees to understand the risks of their role. It should also provide them with practical advice and instruction on how to safely carry out their jobs.

The app also monitors the location of lone workers which can be monitored in real time in the StaySafe hub, so that assistance can be sent directly to an employee in an emergency.

When it comes to choosing lone worker alarms, smart phone-based apps are the best option. With the capacity for extensive functionality and integration with ancillary items, such as a wearable button, for example, lone worker apps offer a much more comprehensive solution than other wearable devices.

A good lone worker app would include:

If you are looking for a lone worker solution trusted by clients all over the globe, we would love to hear from you.​