The term Buddy systems originated in the military and have been widely used in settings as diverse as heavy industry and education. The principle is that two people are paired up to support and look out for each other. Modern app-based technology has changed the way teams and lone workers operate, and here we look at how buddy systems and apps cover safety at work in different ways. 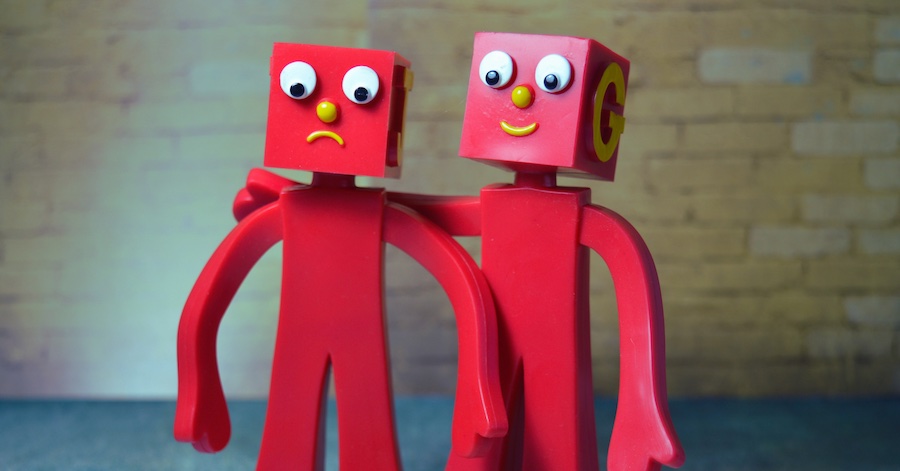 What is a buddy system?

The Oxford English Dictionary provides a clear definition of a buddy system:

“A cooperative arrangement whereby individuals are teamed up and assume responsibility for one another’s welfare.”

The military has long had an ethos of providing support for a fellow soldier in conflict situations and in the rest of their duties. The same core values have migrated into education, where two students look after each other’s interests, and into the world of work in general.

At work, buddying involves sharing knowledge and having a genuine interest in how your partner is performing and feeling. The outcome should be that both parties are more effective in their job roles, and that they feel more secure, valued and content. In jobs where there is an element of danger, buddy systems have been a key way of enhancing the security and safety of the workforce.

Buddy systems usually involve peers such as military personnel of equal rank, or two students at the same stage of their education. The aim is to allow a productive relationship to develop for the benefit of both parties. Buddy systems are distinct from mentoring systems, where one party is higher in the hierarchy than the other.

How does a buddy system work?

There is no formal protocol for how a buddy system works, but the following topics provide an effective guide.

Sharing of planned activities and locations
Each buddy should know what activities their partner is doing, when they are doing it and where they are.

Safety measures for both buddies
The paired-up team should review the safety measures in place for each other for each of the activities they undertake. The fact that both parties are involved in the review results in a more secure approach to their work.

Schedule check-ins with each other
The pair should set up times when they report on where they are and what they are doing, even if it is only a brief confirmation that they are safe.

Reporting on progress of tasks
By keeping each other up to date with how their work is progressing and on the completion of tasks, both parties can be kept in the picture about their combined efforts.

Reporting emergencies
Dealing effectively with emergencies is one of the core benefits of a buddy system. If one party has had an accident or is in danger, the buddy system should have an agreed way of reporting the situation to the core team or command network.

What are the benefits of a buddy system?

The prime issues for working environments where there is an element of jeopardy, is that the workforce is safe and secure. The support of a buddy can be critical in reporting danger or rescuing a fellow worker from a threatening situation.

The mental wellbeing of workers is increasingly being recognised as a hugely important factor in modern organisations. Buddy systems counter any sense of isolation and provide participants with emotional as well as practical support. Communications between peers are likely to be more beneficial from a mental wellbeing point of view than talking to management. Both workers can be honest and open without fear of creating an unfavourable impression which could damage their future prospects.

New starters at any level in an organisation stand to benefit hugely from a buddy system, as they learn the ropes from a more experienced (but not senior) member of staff. Buddying is a proven approach to successful onboarding.

In terms of training, learning from a buddy at work or a fellow student can be a highly effective way of learning and acquiring job skills. In education, it has long been recognised that children learn a huge amount from their classmates, and the same principle applies to the adult world as well.

Which jobs use a buddy system?

Originating in the military, buddy systems continue to be deployed by the armed forces. The same fundamental approach is to be found in multiple workplaces, ranging from transport to construction to healthcare and other roles dealing face-to-face with the public.

Buddy systems are most likely to be in use where staff are at significant risk of accidents, infection and assault. The settings can be as varied as shops, hospitals, repairing street lights, diving, window cleaning and estate agencies.

Are buddy systems as good as lone worker apps?

The development of sophisticated, easy-to-use apps means that many of the safeguards provided by buddy systems are now available through apps running on mobile phones. In general apps are cheaper, require fewer personnel and can be automated for check-ins, progress reporting and alerts.

The main risks for lone workers are accidents or sudden illness. Buddy systems can be invaluable, but their weakness is their reliance on workers carrying out timely check-ins and reporting. By contrast, apps can perform many safety and monitoring functions automatically, including reporting emergencies as soon as they happen.

Can a lone worker app replace a buddy system?

Organisations can often find a clear way forward for replacing buddy systems with lone worker apps. By connecting to a central hub, monitoring and communications can be in real time and the full support of the organisation can be put on hand to deal with any eventualities. See this case study from a renewable energy company which switched to our lone working app from a buddy system.

The range of apps is also in their favour, with the option of using satellite technology to allow the app to run in the most remote locations.

However, the close personal relationships formed on buddy systems do not need to be completely discarded. The buddy system can still be used with lone worker apps, with pairs of workers operating in tandem across the practical, knowledge sharing and wellbeing issues. Set up in the right way, it is possible to pair the efficiency, low costs and ‘always on’ functionality of an app with key elements of working in pairs.

To see how StaySafe can help you protect your lone workers, 24/7, wherever they are, book your free demo today.

Our comprehensive guide covers everything you need to know about lone working. From identifying the lone workers in your organisation, to the risks they face in different environments, our lone worker guide will ensure you know how to keep your staff protected and meet your legal duty of care.
Yes, review policy